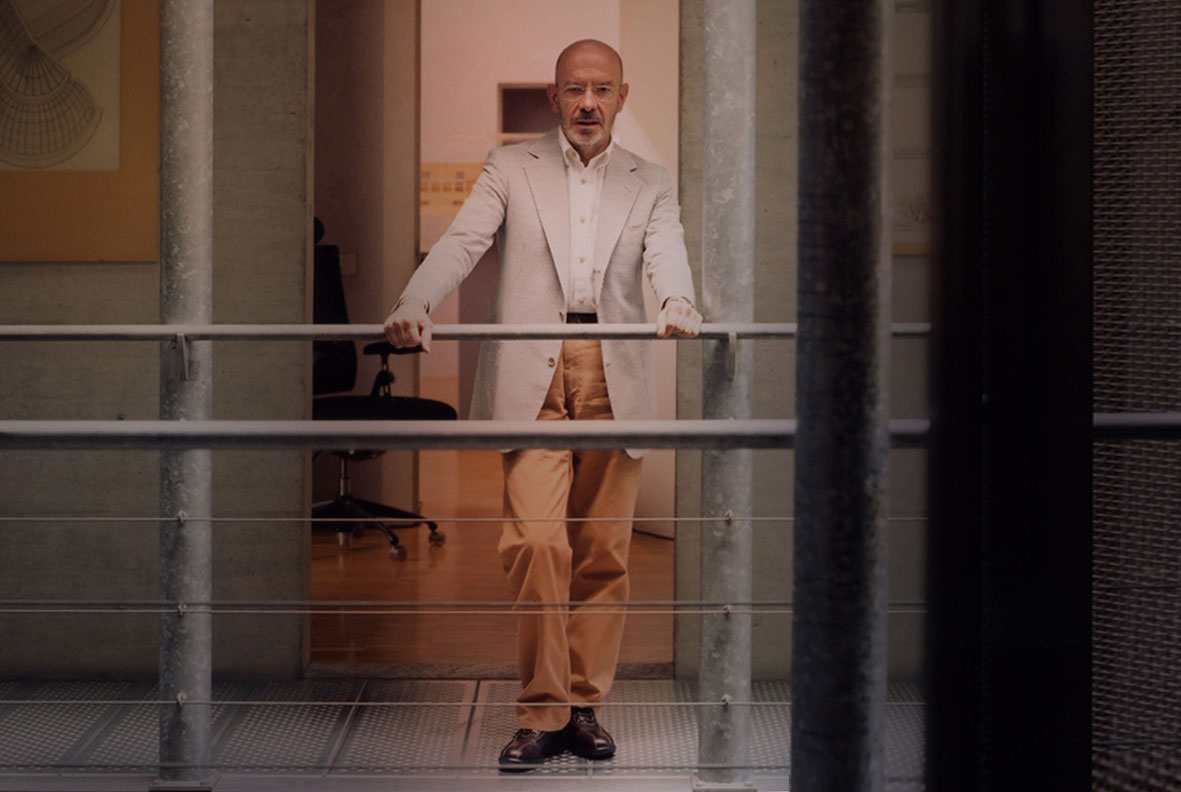 Mario Bellini is an architect and designer internationally renowned.

He received the Golden Compass Award eight times and 25 of his works are in the permanent design collection of the New York MoMA, which dedicated to him a personal retrospective in 1987.

He was editor of Domus magazine (1985-1991). He has designed countless art, design and architecture exhibitions over the years, both in Italy and abroad: among the latest those at Palazzo Reale with Giotto’s masterpieces (2016) and – at the Milanese Museo del ‘900 – the one dedicated to Margherita Sarfatti (2018-2019). In 2015 the Milan Triennale awarded him the Gold Medal for his career in architecture and in 2017 dedicated a retrospective exhibition to him. The same exhibition that will be organized again in Moscow in March 2019.

Since 1991 he is Royal Honorary Designer of RDI. Since the 1980’s Mario Bellini, dedicating himself almost entirely to architecture, has designed numerous kinds of buildings including the Portello Trade Fair district in Milan, the Villa Erba Exhibition and Convention Centre in Cernobbio (Como), the Tokyo Design Centre in Japan, the Natuzzi America Headquarters in the United States, the National Gallery of Victoria in Melbourne, the Deutsche Bank Headquarters in Frankfurt, the City History Museum of Bologna, the Department of Islamic Art at the Louvre in Paris, the new Milan Convention Centre – the largest in Europe – and in Rome-Fiumicino the new international Airterminal T3 has been completed, while the new Headquarters Generali Group in Trieste has just been inaugurated.

Projects currently underway are the New Polytechnic School of Genoa (2006-2020), a vast hotel and residential development on Virgin Gorda Island in the British Virgin Island (2018-2020). He has various projects at the design stage, among which, the “Bin-County Project”, a new city for entertainment, sport and culture in the Harbin area in China (2018-2023), the new Headquarters of RAI in Milan “Italian radio and television broadcasting studios and offices”, and a large Residential Cultural and Sports Complex “Oasis” in the Gulf Area.

Scorrere verso l’alto
We use cookies on our website to give you the most relevant experience by remembering your preferences and repeat visits. By clicking “Accept All”, you consent to the use of ALL the cookies. However, you may visit "Cookie Settings" to provide a controlled consent.
Cookie SettingsAccept All
Manage consent

This website uses cookies to improve your experience while you navigate through the website. Out of these, the cookies that are categorized as necessary are stored on your browser as they are essential for the working of basic functionalities of the website. We also use third-party cookies that help us analyze and understand how you use this website. These cookies will be stored in your browser only with your consent. You also have the option to opt-out of these cookies. But opting out of some of these cookies may affect your browsing experience.
Necessary Sempre abilitato
Necessary cookies are absolutely essential for the website to function properly. These cookies ensure basic functionalities and security features of the website, anonymously.
Functional
Functional cookies help to perform certain functionalities like sharing the content of the website on social media platforms, collect feedbacks, and other third-party features.
Performance
Performance cookies are used to understand and analyze the key performance indexes of the website which helps in delivering a better user experience for the visitors.
Analytics
Analytical cookies are used to understand how visitors interact with the website. These cookies help provide information on metrics the number of visitors, bounce rate, traffic source, etc.
Advertisement
Advertisement cookies are used to provide visitors with relevant ads and marketing campaigns. These cookies track visitors across websites and collect information to provide customized ads.
Others
Other uncategorized cookies are those that are being analyzed and have not been classified into a category as yet.
ACCETTA E SALVA